A guide to the minimum energy efficiency standards for commercial buildings 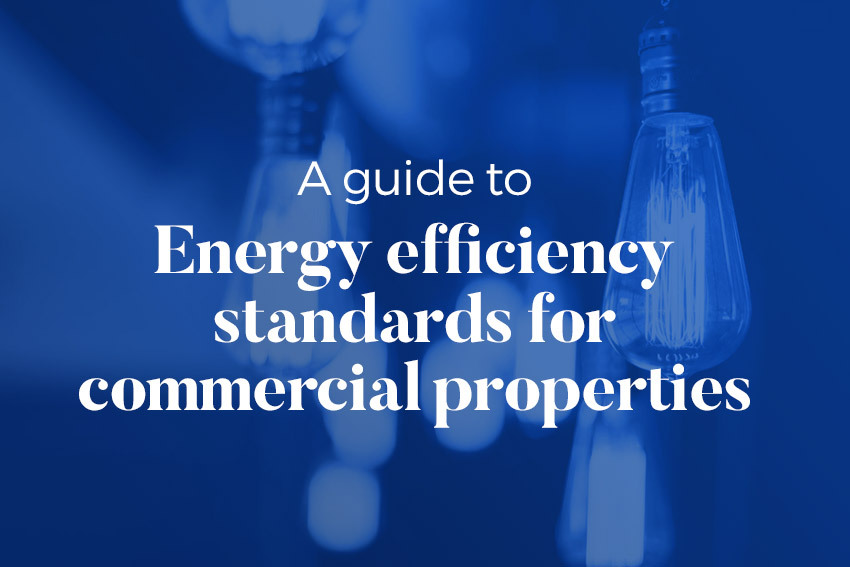 In April 2018, the new legal minimum energy efficiency standards (MEES) for commercial buildings were introduced. The arrival of these new legal standards has brought about a number of threats and opportunities for landlords, developers and investors.

Within this guide to the minimum energy efficiency standards for commercial buildings, we’ll be looking at the impact it has had on the various stakeholders, the penalties for non-compliance and the steps you can take now to prepare for the next changes in April 2023.

First introduced in March 2015 by the Energy Efficiency Regulations, the minimum energy efficiency standards originated from the UK Energy Act 2011. Within this act were the UK coalition government’s energy efficiency policies which also included the Green Deal.

On the 1st April 2018, the MEES Regulations were introduced, meaning that commercial landlords can no longer renew tenancy agreements or create new tenancies, if the energy performance certificate for commercial buildings (EPC) has a rating of E. That is, unless the landlord has an EPC register for an exemption. Whilst commercial buildings used to have an EPC rating from A to G, with F and G being the worst performing, these latest MEES Regulations mean that the minimum standards of EPC for a commercial property in 2018 must be no lower than an E.

Reasons behind this government initiative

In an attempt to meet the carbon reduction targets set for 2020 and 2050, the government introduced the MEES regulations. The UK government identified the built environment as one of the main contributors to the emissions of Greenhouse Gases and something had to be done to combat this effect. With an estimated 18% of commercial properties in the UK falling into the lowest EPC ratings of F and G, it was crucial to raise this to a minimum EPC rating of E.

This new regulation is mainly focused on bringing older buildings in the UK up to standard, as new buildings are automatically made to meet this minimum energy efficiency standard. With the next changes set to be introduced in 2023, there is no cap as to what the government may decide to be the new minimum EPS rating after that.

Buildings and tenancies affected by the 2018 MEES Regulations

One of the main reasons we saw prospective clients struggling to meet the April 2018 MEES Regulations was that they weren’t sure whether or not their building or tenancy fell under the scope of MEES. The MEES Regulations April 2018 do not apply to the following:

Finding out whether a particular building or tenancy needed to meet the latest regulations meant commercial landlords had to look at the complicated ins and outs of the MEES Regulations and the 2012 Energy Performance of Buildings Regulations. Since the 1st April 2018, it is illegal for a commercial landlord to rent a property with an EPC rating less than E, unless an exemption has been registered.

For help and advice on complying with the latest MEES Regulations, contact our expert commercial property solicitors today.

Landlords had until the 1st April 2018 to apply for an exemption to the MEES Regulations on the government’s PRS Exemptions Register. There were three exemptions for a building which fell below the minimum E standard:

Any approved exemptions are valid for five years until the next MEES Regulations are introduced on the 1st April 2023. It’s important to note that the exemption cannot be transferred to a new landlord.

The Local Weights and Measures Authorities (LWMAs) enforced the MEES Regulations introduced at the end of the first quarter in 2018. For non-compliance, the penalties were set based on the property’s rateable value.

The MEES Regulations caught out a number of landlords who were hit with a minimum penalty of £5,000 and a maximum penalty of £50,000,  based on 10% of a property’s rateable value for being non-compliant for less than just three months.

For those landlords who were found to be non-compliant, they were hit with a hefty 20% of the rateable value with a minimum penalty of £10,000 and a maximum penalty of £150,000. Where a property was let and was in breach of the MEES Regulations, the lease between the landlord and tenant remained valid.

Bearing the brunt of the obligations and restrictions of the latest MEES Regulations, landlords had to swallow the financial costs associated with bringing a non-compliant building up to standard. On top of this, landlords were faced with losing rental income if they couldn’t rent out their property due to the upgrade,  or because it didn’t meet the MEES Regulations.

However, for those landlords who prepared well in advance for the MEES Regulations, it gave them the opportunity to enter into new green leases with their tenants. The environmental management and property costs would not be shared by both parties. Some landlords experienced an increase in rental and asset value after making the improvements to the building’s energy efficiency.

MEES Regulations threats and opportunities for investors and developers

Investors found that as a result of not meeting the minimum energy efficiency standards, the value of their property fell. By not making the necessary upgrades to their building’s efficiency, they often struggled to find new tenant landlords that wanted to sublet the property, as they would be burdened with the costs of carrying out the improvements.

On the flip side, those investors that already had tenant landlords in the property benefitted from having the energy efficiency improvements paid for by the landlord-tenant. Many tenant landlords and investors were left confused when the term of the head lease was less than 99 years, as it was often unclear as to who would have to cover the costs of the energy improvements.

Developers with future projects in place faced minor delays as a result of the MEES Regulations, however, they also benefited significantly, as they were able to reduce the costs associated with purchasing a property which was below the minimum EPC rating.

Getting ready for the next MEES Regulations in 2023

With the changes to the regulations in April 2018, we saw that many prospective clients such as commercial landlords, investors, and developers didn’t leave enough time to prepare for these changes. The next changes to the MEEC Regulations will be taking place on the 1st April 2023 and will not allow landlords to let any buildings with an EPC rating less than an E, unless the landlord has previously registered for an exemption.

We recommend that landlords begin preparing for these changes by:

Landlords, investors, and developers should start to plan for and get to grips with the 2023 MEES Regulations, to understand how it could affect their properties and what they can do now to be prepared for the changes. By starting now, they could avoid hefty non-compliance penalties in the future.

At Abacus Solicitors, our expert commercial property solicitors can help you to prepare for the introduction of the 2023 MEES Regulations, as well as being able to answer any queries about complying with the current MEES Regulations. Contact our Manchester office or Warrington office today to find out how we can help you.