The event is always a big hit with supporters of the Manchester United Foundation, which works in some of the most disadvantaged areas across Greater Manchester and uses the passion for Manchester United to educate, motivate and inspire young people. The foundation delivers football coaching, skills training, personal development and life changing experiences, providing young people with opportunities to change their lives for the better.

In stark contrast to last year’s title win, United had their seventh-place finish confirmed the day before the event, after drawing with Southampton on the final day of the season.

Geoff was privileged to play with United legend Denis Irwin for the second time at this year’s event, having teamed up in 2012. Last year Geoff played alongside Phil Jones.

Giggs had a great day being crowned the overall winner, stealing the 2013 crown from Michael Carrick.

Giggs now looks certain to be named Louis Van Gaal’s assistant at United next season. Geoff says “He looked fairly relaxed on the course, after what has to have been a stressful end to the season. It can’t have been easy stepping into the hot seat after David Moyes was fired. Hopefully next season we’ll get back on track with a new manager and Giggsy on the coaching staff.” 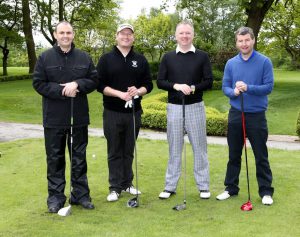 A guide to contractual disputes between landlords &…

Bankruptcy annulment: What you need to know